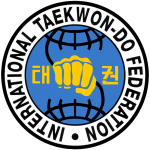 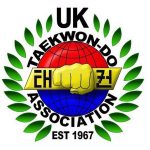 History of Taekwon-Do in the UK

Taekwon-Do in this country first operated under the auspices of the UKTA – United Kingdom Taekwon-Do Association. The Association was formed after 1967 when Grand Master Rhee Ki Ha (then V Dan black belt) came to the UK from Korea. The UKTA is part of a larger group – The International Taekwon-Do federation (ITF) – which was founded by General Choi Hong Hi, IX Dan. It was General Choi who personally evolved and brought Taekwon-Do to fruition during the 1930’s and 1940’s, until it was officially named by the Korean Government on the 11th April, 1955.

Taekwon-Do is truly a Martial Art, having been used in the Korean War and is now a compulsory part of the training schedule of every Korean Solider. It was in this environment that Grand Master Rhee began his training and came to be regarded as the number one pioneer instructor – being the first instructor to leave Korea for the purpose of teaching Taekwon-Do.

He took the bold step of leaving his homeland and family to come halfway across the world to the UK in order to spread the art he loved. Then, in 1967, the teaching of Taekwon-Do in Britain began in earnest, initially with a military theme on bases across the country, eventually spreading to many non-military schools.

Using contacts made in Singapore while founding the Singapore Taekwon-Do Association, Mr. Rhee, then V Dan, started to earn his living doing what he did best – teaching Taekwon-Do! The main stay of his operation was the Royal Air Force. Service men who had learned the Art in Singapore invited Mr. Rhee to teach the here in the UK and the classes proved to be very popular. They grew into what we call the United Kingdom Taekwon-Do Association.

Grand Master Rhee’s development went hand in hand with the formation of the UKTA. He recalls one particular memory –

“We had no money for badges or stationary or peripheral items and I used an embroidery machine for embroidering the badges on to the suits which we used to use. I did three , I think. I kept one and gave the other two to students.”

There was no magic leap in Grand Master Rhee’s promotion. Soon after the formation of the UKTA, he was promoted to VI Dan and was then engaged in helping on an international scale – being honoured in 1973 with inclusion into the ITF world Masters Demonstration Team, which frequently toured the world.

The mid-seventies was a boom time for all Martial Arts – a programme from that time showing Master Rhee’s promotion to VII Dan. This programme quotes the existence of 50 non-RAF schools of Tae Kwon-Do and over 20 RAF schools.

At that time, the UKTA was run by a committee and the country was divided into twelve areas, each one represented by one committee member. Four TaeKwon-Do tournaments were held annually and gained so much popularity that they were split over two days for the British Open – TaeKwon-Do was here to stay!

In 1981 Master Rhee was promoted to VIII Dan Black Belt by the ITF President and Founder, General Choi Hong Hi, making Master Rhee one of the very few to correctly and properly reach this goal – training, researching and teaching TaeKwon-Do for the minimum period of seven years since his promotion to VII Dan. Master Rhee says that you can liken Martial Arts to flowers. It is a matter of preference. If you say the rose is the nicest flower and then destroy all others, then you have nothing to compare the rose to – and it loses it uniqueness. If there was only TaeKwon-Do, you could not compare it to any other martial art and could not, therefore, appreciate its depth, power, grace, and scientific superiority.

In 1997 was probably one of the greatest year in the history of the UKTA, not only was it the year that the association celebrated its 30th anniversary but also its founder and president attain the highest accolade in TaeKwon-Do. In July of the year, Master Rhee was promoted to IX Dan Black Belt, Grand Master, the first time a British citizen has gained such a grade.